This was first published on the ELT Knowledge website.

In the last two blogposts, I looked at some of the statements that I have heard students say, and the reasons and beliefs about language learning that lie behind these statements.

In the process of writing up these posts, I started to ask the questions, “How much time do we devote to exploring learner attitudes towards language learning in the classroom?” How much do we know about their beliefs? Do we know enough about the language acquisition process ourselves to help our learners become better learners?

I was then reminded of these heartbreakers:

What students say: They say I have an accent. They say I need to get rid of my accent.

What’s really happening: The ‘they’ in the above statements could be previous teachers, native speakers that they have encountered, or even fellow non-native speakers who speak English better than the student does.

‘Accent-less English’ does not exist. Everyone has an accent. What ‘they’ mean is ‘You have an accent that is not like that of the standard native speaker’.  But this opens up a new can of worms. Who is the standard native speaker? Even BBC newscasters can be seen speaking in a variety of accents, ranging from Scottish to Mancunian to Estuary English from the South East parts of England.

‘But what about RP?’ I hear you say. RP, or Received Pronunciation, characterised the BBC’s programmes in the 1970s, and was considered by actors and broadcasters as the most ‘colourless’ and ‘stripped of regional influences’, and therefore the most ‘standard’ of all British accents. But search for any BBC clip from the 1970s and listen to the presenter speaking RP, and I am sure you would agree with me that it is hardly ‘colourless’.

So, is there such a thing as a neutral accent? I’m afraid not. What ‘they’ really mean is ‘You have an accent that is not the norm to me,’

An accent often denotes one’s geographical and family background, and even one’s social class, and is inextricably tied to one’s identity.

A focus on being intelligible, however, can help our students become more communicatively competent. Robin Walker’s book ‘Teaching the pronunciation of English as a Lingua Franca’ highlights the pronunciation features that teachers can help students to work on in order to improve mutual intelligibility in a world where English is now a global language.

What students say: I feel afraid that people would laugh at me when I make mistakes.

What’s really happening: Speaking in a foreign language often leaves one feeling like a child again, defenceless and susceptible to criticism. For those who are used to being secure in their own language or those who are intolerant of ambiguity, being plunged into an environment where one is stripped of control of the ability to express oneself can be confusing and frightening, leaving one feeling vulnerable.

The teacher has the capability of making the classroom a safe and friendly environment where everyone in the learning process feels comfortable making mistakes and therefore less likely to judge each other’s language errors.

I often tell my students this:

But most importantly, if you don’t make mistakes, I don’t have a job. 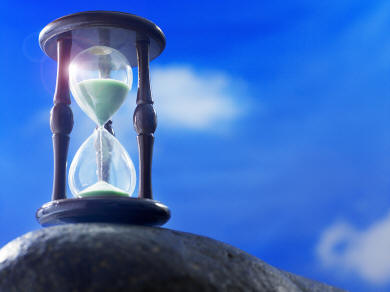 What students say: How long does it take to learn English?

What’s really happening: The student is seeing the process of language learning like that of learning to drive a car: where there is a definite end point – the moment where you say ‘I can drive’. And in order to arrive at this end point, the learner must master different skills e.g. learning to use the clutch and coordinate that with the use of the accelerator, learning to brake, learning to reverse park, etc. An accumulation of these separate skills collectively results in the ability to drive.

So it seems that many students (and some teachers) think that if they are able to master each grammar point and learn all the words, it would collectively result in the ability to ‘know’ English.

Although the use of language does include the automatic motor skills that are similar to those of driving a car or playing a piano, it doesn’t stop there. The acts of listening, understanding, formulating responses, and taking part in the fluid and dynamic process of conversation involve social and intellectual skills that go beyond the repetition of mindless formulae, and can vary from interaction to interaction.

A similar question I sometimes get from students is ‘How many words are there in English?’ When I tell them that it depends on how we define a ‘word’, and how if we included phrases and collocations, we would then have quite a large number, the student sighs and says, ‘How can I ever learn them all?’

So I tell my students that learning a language is not like learning to drive a car, and that one never stops learning. I remind them that there are many words in their language that they don’t know, and probably do not need to know. I emphasize the fact that language is a tool for communication, and they will need the language to effectively communicate in the situations they will encounter.

Most importantly, I remind them that learning a language is not like running a race. There is no goal of reaching a fixed finish line, as such. Just the goal of becoming better communicators with every single day.

The first day of my courses have always focused on conducting a detailed needs analysis and a negotiation of the course syllabus. On my recent courses, included in the needs analysis is now a chance to discover the learners’ beliefs about second language acquisition through discussions about their learning preferences and an exploration of how languages are best learnt.

For learner training and the promotion of learner autonomy is as much about giving learners the tools that can facilitate better language learning, as it is about providing them with a better framework through which they can better understand their learning process.

Their beliefs and attitudes is what will affect their intrinsic motivations, and after all, motivation is crucial to successful language learning.